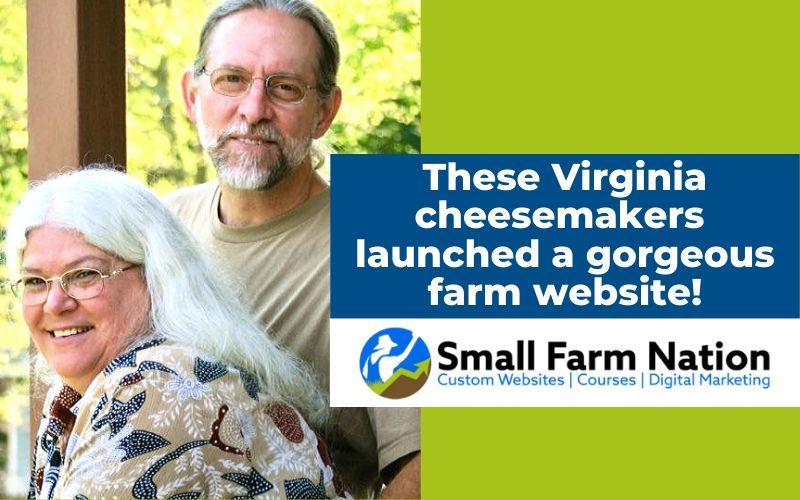 These farmers have got a peaceful, easy feeling!

Scott and Melanie Hall met in 1999 in western North Carolina and become life-long friends. They apprenticed together at a spiritual training center learning how to teach a meditation technique. That is where they developed a deep desire to be close to the land. While apprenticing, they dreamed of a sustainable farm and producing good food as close to nature’s intended way as possible.

In the summer of 2003 they bought property in southwest Virginia. Their first experience with livestock was in 2006, when they built Salatin-style chicken tractors and raised about a hundred chickens for themselves and friends.

But then they took a long and winding journey before starting a farm, as they describe on their beautiful website. Their lives and jobs took them between Texas, South Carolina and Virginia, which took a stressful toll.

“Five years later I was stressed beyond my capacity to remain sane,” Melanie says. “I needed a nest. For the final two years of working in Beaufort, we rented an apartment. Moving from 100 square feet to over 1,000 square feet of living space was just enough happiness to get me through it. In the end, even that wasn’t enough and we decided to make the leap to full-time homesteaders.”

In 2011 they got their first cows, as Melanie wanted to try her hand at cheese making. They settled on the Normande breed of cows and dreamed of starting a creamery.

“At first we followed Joel Salatin’s writings and decided to give that a try,” Melanie says. “It fit our image of a peaceful life. We started with chickens and immediately moved to lamb, then cheese. We’ve changed a lot over the years. It has been a great journey. Glad we tested several enterprises over many years before committing to cheesemaking.”

“Before joining Small Farm Nation Academy our biggest challenge by far was developing the proper state of mind as an entrepreneur,” Melanie said. Understanding the best way to market a small farm business. Properly using a website to build the business. How to build our email list. But the video courses in the Academy covered all my questions and much, much more that. Things I hadn’t even thought about.“

In 2020, Scott and Melanie utilized Small Farm Nation’s web design resources to launch their new website, along with a new logo and branding. The site is SEO-optimized and has an online store where they can sell cheese and sign-up new herdshare members.

But there is still work to do in order to get the farm where Scott and Melanie want it.

Melanie says, “The most challenging thing has been setting aside time to focus specifically on marketing. I wish I had worked on developing and maintaining the entrepreneurial mindset from the start. But Tim has tremendous business experience which he applied to his own farm business. His wisdom as it relates to building a small business with a farm focus is in a class of its own.”